It was in 1975 that my grandmother Sofia G. had quite a large stomach tumor and the only option they offered was surgery. They’ve heard of Dr. Donato working in Mexico City and a treatment that, without surgery, could reduce or eradicate the tumor. Back in those days, Dr. Donato Pérez García Bellón (Donato 2nd generation) was beginning with his IPT. 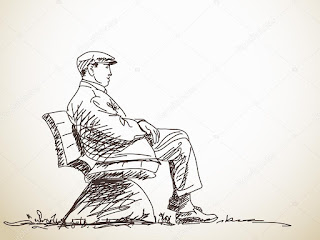 My grandparents moved to Mexico City, rented an apartment so they didn't’ haven't to travel so much because of my grandmother’s discomfort and just have treatments for a couple of months, they were originally from Monterrey, and at the end of treatments they made tests and the tumor had practically vanished, she didn’t have anything anymore.

And well, from that point on my grandmother never had stomach problems nor recidivism of any kind, nothing. The treatment as I recall lasted about 2 or 3 months. She lived well many years and died from old age over 30 years ago.

After that, my aunt had problems with breast cancer and in first instance was treated by a doctor in Monterrey but it extended to the armpit nodules, her arm began swelling. She then went to Dr. Donato but he told her that after the treatment she’d previously had, there wasn’t much that could be done, it was too advanced and he told her:

“What I can do is help you with the pain and have a good quality of life” so he had treatment with Dr. Donato every 3 weeks and never had real pain but for her, nothing else could be done.

I remember my mother used to tell us that she was in treatment. That’s when I met Dr. Donato (2nd generation of medical doctors), he was very kind, empathic with people, he used to arrive and just hug my aunt (we’re not the hugging type family ha-ha-ha) very affectionate and with a very humane way of treating people.

Note: Mr. José is a current patient of Dr. Donato (3rd generation) and is one of many patient testimonies, descendants of parents or grandparents treated by the Pérez García medical doctors. Many of them, knowing of the good results of IPT on their relatives, turn to the same treatment and share valuable testimonies like these, about IPT and the legacy of the Donato Pérez García legacy.