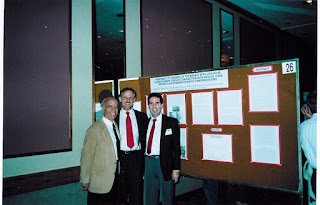 Donato Perez Garcia y Bellon,MD (1930-2000), Steven Ayre,MD and Donato Perez Garcia,MD presenting a breast cancer case treated with IPT during the 49 Symposium on Cancer Fundamental. MDANDERSON.Houston Texas. October 1989.
How It Works Insulin Potentiation Therapy +Targeted Low Dose Therapy IPTLD or IPT, is a true Stage IV alternative cancer treatment. It uses a combination of two orthodox drugs - insulin (actually insulin is also found in nature) and a chemotherapy drug. Cancer cells have highly active insulin receptors.
With IPTLD the insulin works on the cell membranes and allows chemotherapy to target cancer cells. Thus, it is the chemotherapy that kills the cancer cells, however, because of the insulin, the amount of chemotherapy needed is greatly reduced, meaning the side-effects of the chemotherapy are greatly reduced. Thus, the chemotherapy is much more potent (thus the word: potentiation), much less chemotherapy is needed, and far less side-effects are experienced.
Insulin is truly a "magic bullet" cancer treatment, meaning it allows chemotherapy to target cancer cells and results in far less side-effects.
The word "potentiate" means that one substance (insulin) enhances the effectiveness of another agent (chemotherapy) and thus far less of the second agent (chemotherapy) is needed. This means far less side-effects, as well as a more effective treatment, is the result of a potentiating substance.

"Because of this favorable side effect profile, cycles of low-dose chemotherapy with IPTLD may be done more frequently."

"In those undergoing treatment with IPT, an overall gentler experience promotes their concurrent use of other important elements in a program of comprehensive cancer care, which includes nutrition for immune system support and mind-body medicine to encourage a healing consciousness.
Consider this rather long quote:
Thus, insulin helps chemotherapy get past the blood-brain barrier. It does a lot of other things as well.
In the "old days" IPTLD therapy required the patient to be put into an "insulin coma." During those days orthodox medicine was somewhat (but not very much) justified in avoiding IPTLD. But today, if you find an IPTLD doctor who requires you to be put into an insulin coma, find another doctor. It is no longer necessary to be put into an insulin coma.
With their justification of an "insulin coma" now gone, orthodox medicine has no excuse for not supporting IPTLD. It is faster working, far more effective and has virtually zero side-effects. It's "true cure rate" is much, much higher than the "true cure rate" of orthodox medicine of 3%.

It is strongly recommended to anyone considering IPTLD to buy and study the SUPERB book:
Treating Cancer With Insulin Potentiation Therapy by Ross A. Hauser, M.D. and Marion A. Houser, M.S., R.D.
at January 19, 2010 No comments:

What to consider when selecting a doctor

When selecting an IPT or IPTLD doctor consider her/his experience, this description can help you (experience is acquired individually, it is not hereditary or instantly transmitted to colleges and assistants in the same office): 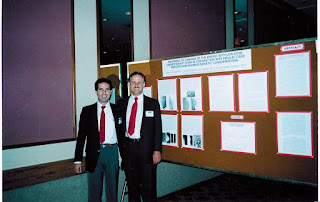